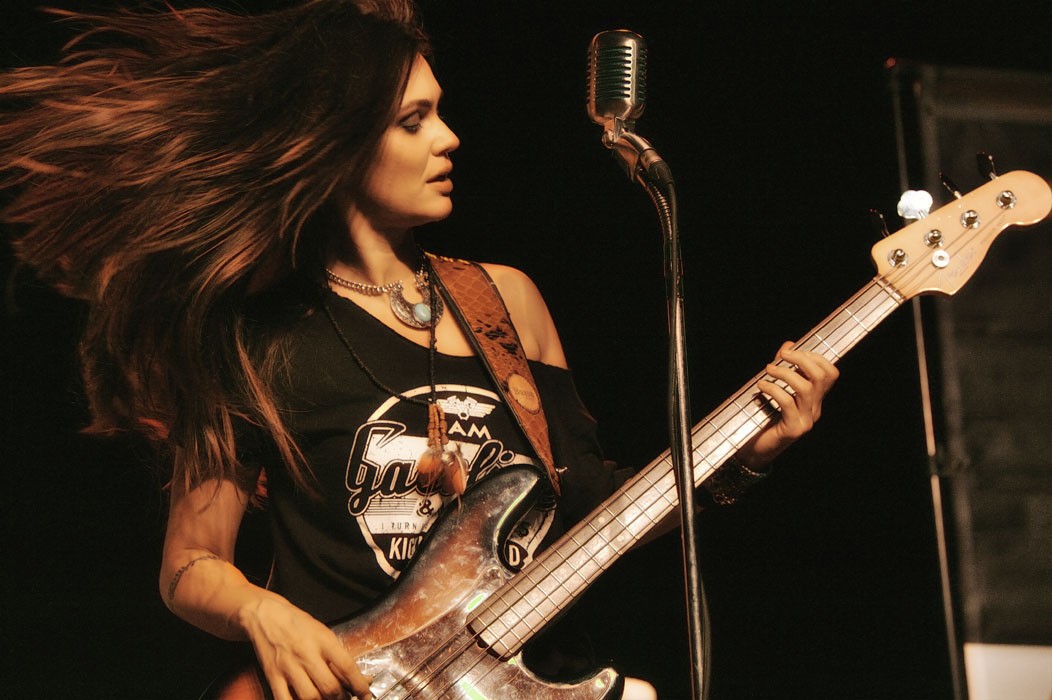 Inspired by bands like, Rush, Aerosmith and Guns N Roses,

Bassist and Singer/Songwriter Julia Lage began learning the Bass Guitar at the age of thirteen.

By the time she was seventeen Julia had become a full time member of the critically acclaimed Latin Grammy nominated Brazilian band Barra Da Saia.

With a BA in music and arts as well as extensive studio and touring experience, Julia has found herself

performing and recording with a vast array of A list artists and musicians.

She has been on stage as a bassist and background singer with rockers such as  Pat Travers, Elliot Easton (The Cars), Richie Kotzen, Nuno Bettencourt ( Extreme ) and Mark McGrath (Sugar Ray)

to Latin sensation and Grammy winner Alejandra Gusmán (where she appears on her live album and dvd) as well as performing along side Pop Star Janelle Monáe and rapper Jidenna at the American Idol Finals.

Julia’s prolific nature as a writer has found her compositions and performances featured in various American films and television shows.  In the year 2020  she released her first single as a solo artist titled ‘Hey You’.

In addition to working on her solo record, Julia’s band The Sister Knot have also released multiple singles and plan on recording a full length album in 2022.

Keep an eye out for Julia Lage… More new music to come!